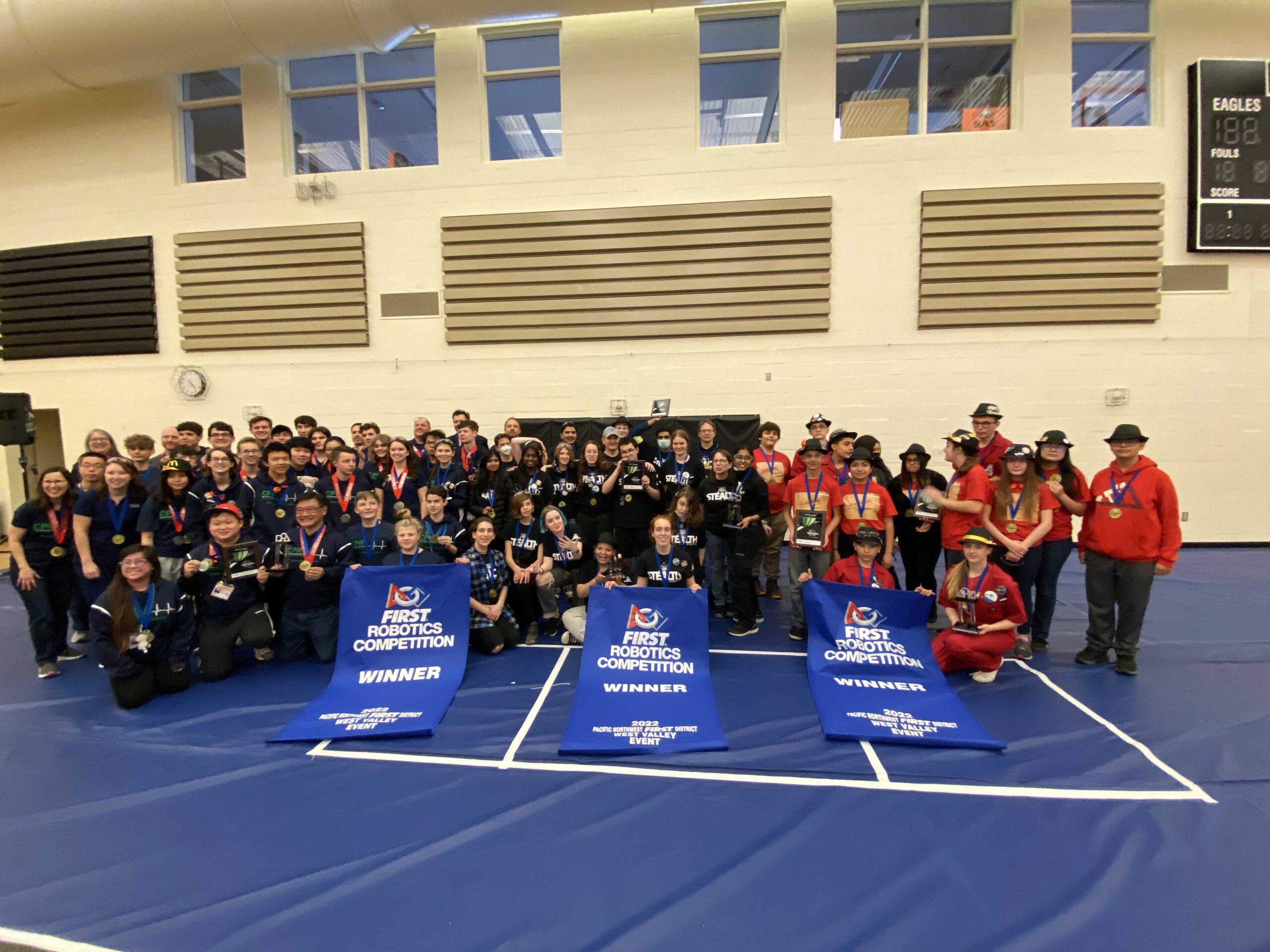 Stealth had quite a weekend at West Valley High School in Spokane! Early in qualifications, on the first day, our climber had a catastrophic failure. Despite that, we managed to end the day ranked first in the event. The next day, we where able to maintain our first rank despite not being able to climb. During alliance selections we chose the second ranked team at the event CPR – Cedar Park Robotics (#3663). Together, we also picked up Classified (#8532). Together we swept both quarter and semi finals. During finals we met the #2 alliance consisting of their captain: CHUCK (#2147), and their partners A-05 Annex (#6831) and Mustang Mechanica (#6076) on the field. We had a fierce battle for the championship, with both of us winning one match. The tiebreaker was a fierce match with all robots performing to the fullest. To everyone’s surprise, the final tiebreaker ended in a tie between the two alliances, leading to us playing a second tiebreaker. After another fierce battle, our alliance came out on top, winning the event. During the award ceremony, we also were awarded the Innovation in Control Award.

This site uses Akismet to reduce spam. Learn how your comment data is processed.

No comments to show.
© 2022 Stealth Robotics. Created for free using WordPress and Colibri